A Sustainable language to describe the world

Where is the Orient? This question, in beautifully chalk-work, appeared on the blackboard in one of the classrooms of Columbia University in New York. Edward Said wrote it up a few minutes before the beginning of his freshman class. He searched for an answer to this question in geography textbooks, travel guides, belles-lettres, paintings from different epochs, maps and atlases created over the centuries and on exquisitely carved statues in museums and galleries around the world. He decided to put the very same question to his students. 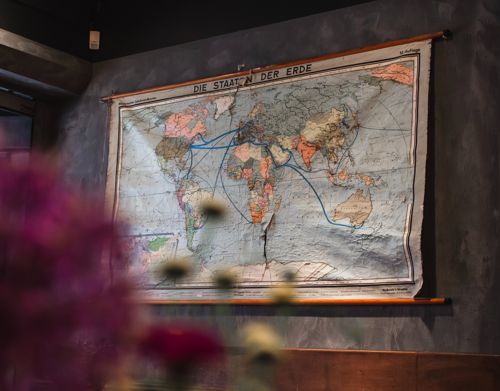 After everyone had taken their seat, he handed out two small pieces of paper to each of the students and asked them to answer the question in front of them. He wanted them to write down the names of the two countries which they believed were “the Orient”. After a moment, he collected all the pieces of paper and unrolled a large map of the world on a stand. He started sticking the pieces, name after name, in places where the countries were located on the map. Over fifty cards. After a few minutes, an image appeared on the map with pieces of paper spread from Morocco to Japan and from Russia to Indonesia. Larger clusters were found around Israel, the Arabian Peninsula, Turkey, Iran, India, China, Japan and Thailand. Single notes were stuck all over the globe. Everywhere except in the countries considered to be the West.

However, there was no logic to the pattern emerging on the map covered with sticky notes. It was all rather chaotic. You could not tell where the Orient actually was, just as you could not identify a common denominator for all the countries named by the students. The countries were characterized by different landscapes and climates. They were inhabited by people of different cultures, appearances, languages and religions. However, during the class discussion which followed the exercise it appeared there were a few common features shared by each of the places in this “oriental” set. They were simple associations. Most of the students taking part in the exercise agreed that words such as chaotic, mystical, exotic, mysterious and wild could be used to describe these countries. The features listed almost invariably had a judgmental aspect to them, they were not neutral.

Edward Said – a renowned researcher of the Orient and author of the most important book on this subject, “Orientalism”, summed up this simple exercise with the following conclusion: The Orient does not exist, and “Orientalism” is nothing but the quintessence of our patronising Western way of constructing knowledge about the East. What Said meant was an image of the Orient which emerges from typical Western ideations and descriptions and the most characteristic features of this image are innumerable generalizing stereotypes. The Orient contained in the stereotypes is exactly what his students called it: mysterious, dangerous, promiscuous, crude, mystical and so on.

Because of their widespread acceptance, these stereotypes were taken by people of different epochs for granted definitions. In this way, they became “the truth”, the official knowledge. Soon all the Arabs became sly, Chinese were false and the Mongols were hospitable. Armed with such knowledge, Western man could already feel that he understood, even embraced this entire distant world. He could even feel like he was better.

Some time ago I repeated the same exercise with my students. However, instead of asking about the Orient, I asked them the following question: “Where do Indians live?” As a result, I got a map covered with sticky notes from Alaska to Patagonia. The Indian featured in it was the standardized first inhabitant of the Americas. The term embraced various cultures, languages and histories, and trapped people inside one externally imposed identity. As a result, “Indian” is now more and more often considered a racial and discriminatory term and its use is becoming limited. Words such as oriental, exotic, wild, Negro or Indian are increasingly disappearing from the scientific discourse, TV, newspapers and school textbooks.

However, if you pick up a travel book, spend a few evenings on travel blogs or go through hashtags under tourist photos on Instagram, you will quickly realize that the language of tourism and tourists is still full of stereotypical and often harmful clichés. This is largely due to the tourist imagination. Behind this anthropological term hides one of the most interesting problems in the theory of tourism. Undoubtedly, the tourist imagination is the entanglement of tourism in collective memory, the tendency to view tourist sites in a specific way, to associate these sites with specific sets of meanings. And although it goes far beyond tangible reality, it deeply affects reality because of the tourist and his stereotype-ridden popular knowledge. This should not be taken lightly. Tourist imagination is largely responsible for our expectations as tourists and our beliefs about the distant world.

Once we realize that, as tourists, we usually follow the compass of an over-individually constructed tourist imagination, we should inevitably ask ourselves the following questions: who are these demiurges – the narrators of the tourist imagination who are able to ascribe to particular geographic regions or cultural phenomena certain senses and systems of rhetorical tropes that we assimilate? What is the origin of this great collection of tourists’ ideas about the world, thanks to which we are able to organize our knowledge of the blue planet so freely and anchor our identity in this order?

Narrators of the tourist imagination 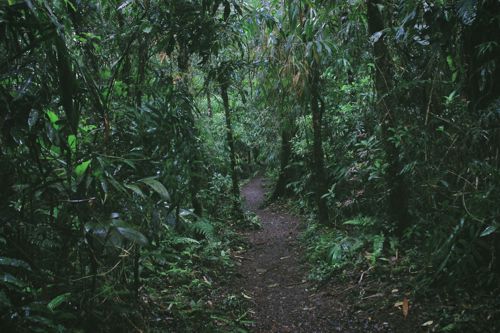 When we look at how Latin America is presented to Polish readership by the authors of travel books, we can quickly make a list of the most common motifs in which people are described using too broad and therefore identity-stealing terms such as Indian, Gringo, Latin American or African- American. The main characteristics of travel descriptions created by narrators of the tourist imagination are emphasizing the world as exotic, searching for the “authenticity” of the places visited, highlighting all contrasts, paradoxes and dissonances, and paying attention to “strange traditions and customs”. Time flows differently in Latin America, “the jungle” is something between a romantic adventure and a green hell. All of this is always described from a Eurocentric perspective.

When you take a close look at the texts by the most important narrators of the tourist imagination of Poles, i.e. the vulgarly Eurocentric Wojciech Cejrowski, the romantic Arkady Fiedler, the “white Indian” Tony Halik, the “blondie” Beata Pawlikowska or the “Polish Indiana Jones” Jacek Pałkiewicz, several stylistic strategies can be distinguished to facilitate stereotyping. Here they are:

The change starts in us

The same stylistic strategies accompany us on our journeys. There is no need to point a finger at traveling celebrities. We should often first look into the mirror ourselves – because all participants of the narrative shape this narrative to a different extent, including you and me. By following its logic while moving around the world, we contribute to its continuous validation and propagation. The great tourist narrative that originates from our collective tourist imagination is an ideological perpetual motion machine. Narrators should be sought both among the creators of tourist propaganda and among everyday tourists who perpetuate this vision of the world every day of their amazing holidays. 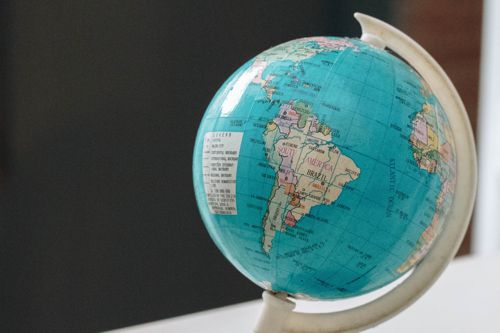 However, there is an important ethical issue involved in this. If descriptions rise to the rank of definitions, then it may happen that the people being the subject of these descriptions treat them as truth and begin to conform to these descriptions and definitions. This is the so-called demonstration effect – the inhabitants of the places visited, when they come in contact with a tourist, start to think of themselves in the same way as he – a visitor from a richer world – thinks about them. The tourist induces individual and civilizational complexes in them, making them secondary victims of the tourism industry. They may even start thinking of themselves as not only different, but inferior. And in a world which believes in the myth that money is a fair measure of value, this new self-estimate seems – as Frantz Fanon used to say – enclosed in the devastating trap of objectivity.

This is how the dominant language begins to create the world. Therefore, one of the basic challenges related to the sustainable approach to our world is being able to reflect on the language we use to describe this world. The sustainable language of tourism seems to be the first and fundamental step towards sustainable tourism, especially in the context of over a hundred million international tourist trips each year.

None of us describes the world as it is. The world we know is a simplified world recreated in language. It is language that structures our experience and transforms it into a story which has a beginning and an end, main and side plots, leading and episodic characters. And the way we describe it will affect to a great extent the way we treat it and direct its development.

Paweł Cywiński – doctor of social sciences, lecturer at Faculty of Geography and Regional Studies at the University of Warsaw, co-founder of post-turysta.pl, uchodzcy.info oraz “with bread and salt” (chlebem i solą). Partner at the Pacyfika Agency.